Dr. Michael L. Rice passed away earlier this year. The Montana Learning Center would not be what it is today without the incredible generosity of Mike and Lynn Rice, longtime supporters and friends of the MLC.

Mike Rice served in academia for 25 years, teaching and conducting research at the University of North Carolina at Chapel Hill and Wake Forest University. In 1983, he accepted a position as the Dean of the School of Management at the University of Alaska – Fairbanks. But his passions had always been flying and astronomy.

For years, Mike and Lynn searched for the perfect location for their remote observatory hosting service, and finally found a property ideally positioned on a mountaintop in southern New Mexico, where clear skies and high altitude offer a premium view of the night sky. In 1998, they opened a “Bed and Telescope,” New Mexico Skies, where visitors could stay overnight and make use of their unique facility. They opened the world’s first and most robust remote observatory hosting service in 2000.

It was a dream long in the making. Mike had been an avid astronomer since age 9, when he built his first 6-inch reflector telescope using instructions from Scientific American. He was hooked. As a young adult, he took his first astrophotographic image of Comet West in 1976. By 1994, he built his first digital camera. Within a year, it was operating in a remote Alaskan observatory, 50 miles from the nearest power grid.

It is hard to overstate the importance of these two impressive observatories. They have been responsible for the discovery of thousands of minor planets, comets, super novas, and most recently, exo-planets, which are planets outside of our solar system.

In 2017, in recognition for his outstanding achievements, Mike was named recipient of the prestigious Hubble Award. The award is given in recognition for continued support and advancement of the field of astrophotography, including public outreach, technical innovation, scientific contributions and selfless, direct support to other imagers.

It was that selfless support of others that MLC executive director Ryan Hannahoe remembers more than anything of Mike. Hannahoe graduated from high school in 2004, and less than a year later, he was working onsite for New Mexico Skies. Hannahoe helped with its first remote project as a joint venture with Software Bisque, University of Denver, Virginia Tech, and the Student Telescope Network was born. This network has made it possible for thousands of students to participate in remote observations.

Throughout college, Hannahoe continued to work for the Rices, forging a deep and lasting friendship with the couple. That friendship became a cornerstone of the MLC’s programming when Hannahoe eventually took the role of executive director. “The support of the Rices has been immeasurable. Without them, I can say with confidence that our astronomy program would not be what it is today. It is because of their unfailing support and eagerness to partner with us to inspire students and teachers, we now have the state’s premier observatories, and we are able to impact thousands of students and teachers through our educational programs.” 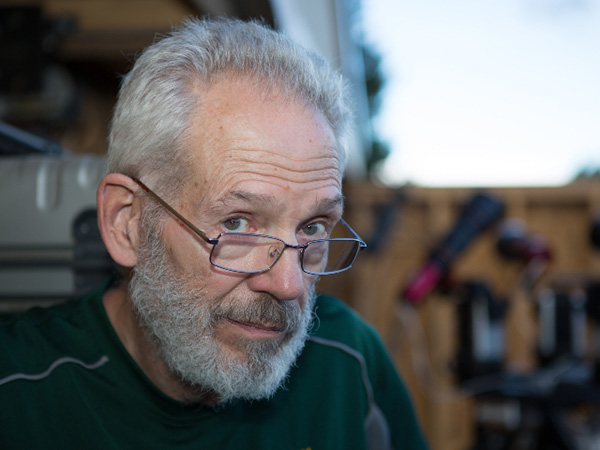